So I would like to point out that it’s friday, the week before Halloween, and I’m done with the boys’ costumes!! Woot for early finishes! Now part of that is because there’s a party this weekend they want to attend with their costumes but hey, I’ll take credit for this early finish however I can.

I started asking the boys about a month ago what they wanted to be for Halloween this year. At first I was kind of hoping for another star wars run, but that seemed almost cliche with the movie coming out in December. And they both wanted to be superheroes this year. There was a bit of argument over who got to be Batman, but Eliot won that when Oliver landed on Green Lantern as his persona. Which is kinda funny because I know nothing of Green Lantern. A few months ago, I picked up a superhero board book for the boys and it’s kind of a dictionary of each of the Justice League members and what they do…that was our first introduction to Green Lantern. Oliver decided he wanted to be him so that he could have the ring- whatever works, I guess. 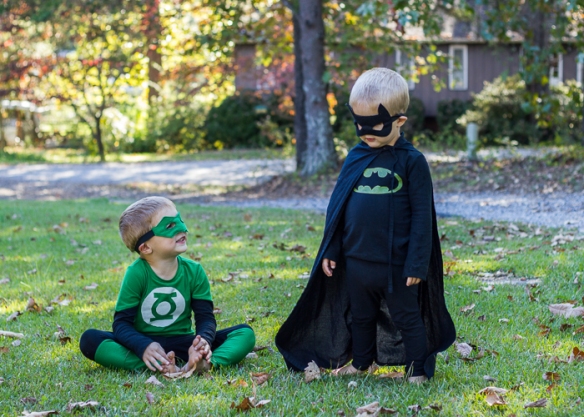 You won’t see a ring in these pics because I actually forgot to have him put it on (oops) but after lots of searching for a ring, we found one at Aldi in the Halloween section- it lights up and everything. So perfect and he’s so pumped. 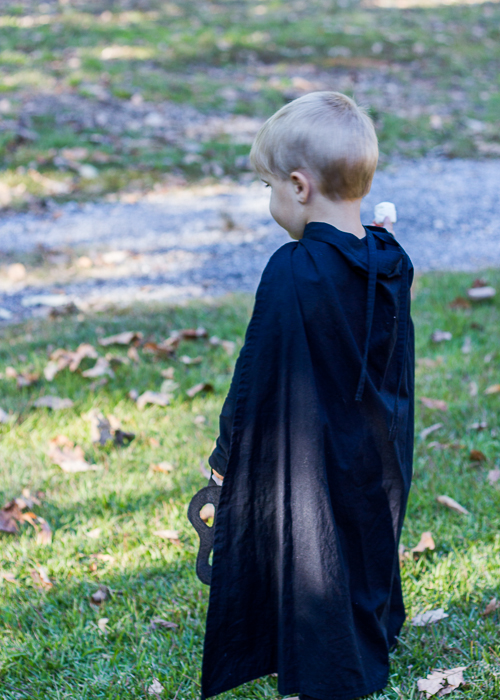 Both of the boys are wearing Flashback Tees. Oliver’s tee is a 4 and Eliot’s a 3. I used Laguna jersey in Onyx and Grass. Eliot’s was a super simple all-black outfit with a freezer paper stenciled logo. Oliver’s required a bit more thought. I did a lot of google searching Green Lantern costumes and they all had this side inset of black along with the angled black lower sleeve. The triangle shirt insets took me a little more brain power than I’d like to admit, and I’m not sure they were 100% succesful- they should have been a bit bigger. But Oliver loves it so that’s really all that matters. FYI I mixed glow in the dark paint into the mix for both logos so both shirts actually glow in the dark- pretty awesome. And that will be super fun on Halloween night. 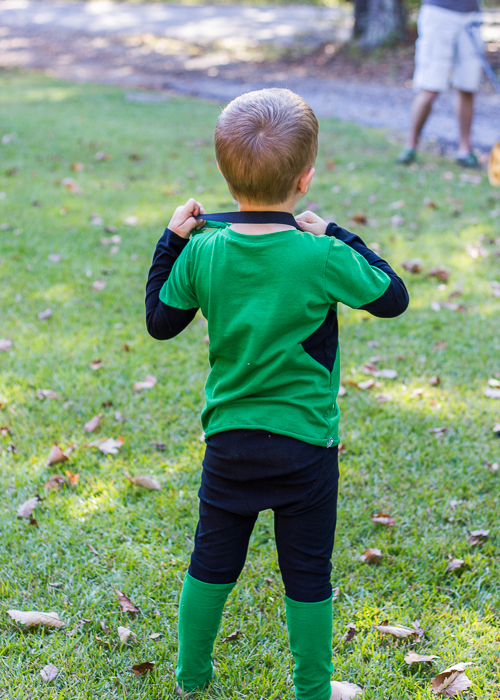 The pants I’m super in love with. I used the Fancy Pants leggings pattern in a size 2 and 4. I just love how their little legs look in fitted leggings- especially Eliot’s leg rolls… all the heart eyes. Though FYI Eliot is wearing a cloth diaper in these pics so he’s got a little more bulk down there than you would see with a disposable. I don’t like to make costumes for just one night so I’m glad these ended up super comfy so that they can be pjs once Halloween is over. Or regular clothes too… you never really know how they will end up in rotation. As long as they’re worn, I don’t care! 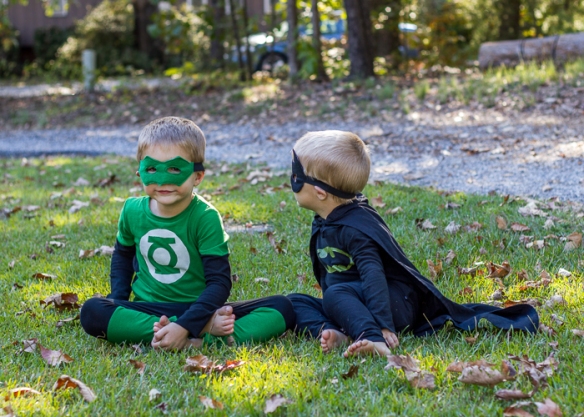 The masks are made from two layers of felt cut out with a layer of craft fuse in between for durability. It’s my first mask-making experience so they’re not perfect, but the boys actually wanted to keep them on for most of the photo shoot so I consider that a win. Maybe they’ll actually be worn for trick or treating. Plus it just makes this outfit tie in so well with the Kid’s Clothes Week disguise theme. Eliot’s mask is a template that I got here. Oliver’s I just winged from some pics I found. 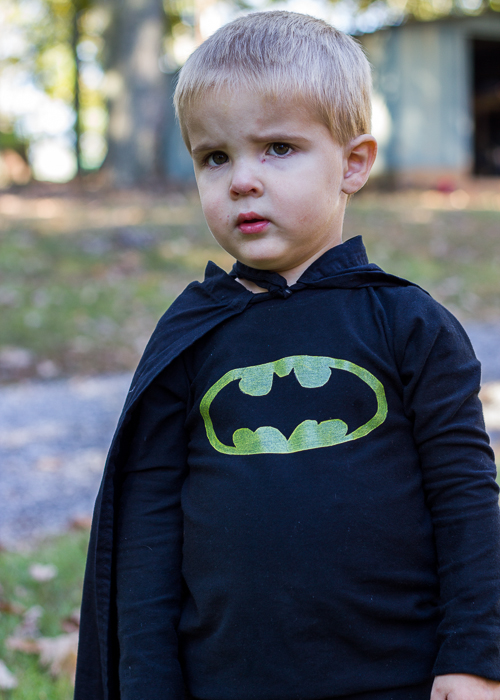 I totally cheated when I realized Eliot could just use Oliver’s Darth Vader cape from last year (blogged here) Score for not needing to make another cape!! I know this is a picture heavy post but I just couldn’t resist all of these shots… Sometimes I find them too cute. And this last one, yeah Oliver lay down and posed all by himself. I could not resist taking a picture as I died laughing.

Hope your Kid’s Clothes Week and Halloween sewing is going well! I am actually making costumes for both me and the husband this year so I’ve got to get busy on them now…Cannot wait to show them all to you! I’m so excited we have a Halloween party to attend this year so I can finally justify family costumes. We’re gonna be adorable. 😉 and cheesy.